LA SEGARRA– A LAND OF CASTLES AND EXCEPTIONAL LANDSCAPES — Lleida

The La Segarra region is in the heart of Catalunya in a privileged location with a great deal to offer visitors. Barcelona, Tarragona, Port Aventura, La Seu d’Urgell and Andorra are just an hour away, Girona 90 minutes, Lleida 40 minutes and the National Park of Aigüestortes and Sant Maurici 1hr 45 m.

La Segarra takes us back to a past full of history and legends, which are all part of the identity of this unique area. La Segarra is a land of castles which also has a significant Roman and medieval legacy. The gentle undulating landscapes and the paths that cross them offer the ideal way to get to know its history and traditions.

From its beginnings La Segarra has been characterised by its strategic nature, forming part of the historic frontier between Christian Catalunya and al-Andalus during the Middle Ages. Lovers of medieval times will enjoy a fine selection of fortresses and castles, such as Montfalcó Murallat, Florejacs, Les Pallargues, Les Sitges, Concabella, Ratera, L’Aranyó and Montcortés, as well as imposing towers such as Vallferosa which, with its 33 m height, has been considered one of the most important in Western Europe.

Some the highlights of the area are the city of Cervera, with its medieval old town, church of Santa María and its emblematic 18th century university. The town of Guissona, the old Roman city of Iesso, is also worth a visit with its museum and archaeological park.

Religious art also has a notable presence in the area, with many unchanged Romanesque churches and the striking baroque Sanctuary of Sant Ramón.

La Segarra is a land of seasonal colours and contrasts. It has an extensive network of 3000 km of pathways and a gentle topography that is perfect for walking, cycling and horse riding, as well as enjoying the feeling of space and wide horizons.

La Segarra still maintains its traditions of handicrafts and offers visitors the secrets of its delicious cuisine with dishes such as partridge in vinaigrette or stewed pig’s trotters, and tasty desserts such as “savines”, “plomes d’àngel” “morenetes” and “nevats”, all washed down with the special liqueurs unique to the area such as  “Aromes de la Segarra” 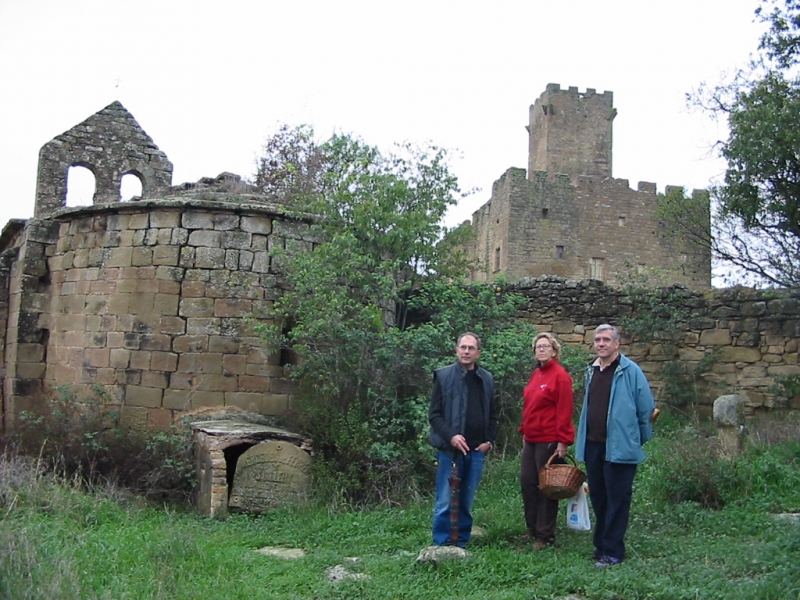