R. E. Olds Transportation Museum is housed in Lansing, Michigan and is known for the large storage of historic vehicles and more modern ones. The core of the collection are the Oldsmobiles of the REO Motor Car Company, which founder was Ransom E. Olds.

As far as the model range is concerned it includes the Olds spanning the period of 1897 to 2004, from prototypes to more modern vehicles. 1897 is represented by one of four Olds loaned from Smithsonian Institution. Still there is a Ransom E. Olds’s replica of the 1893 steam carriage that was manufactured before the founding of the Olds Motor Works.

Not less worth is the collection of memorabilia including  a working 1950s-era traffic signal, Michigan license plates and early traffic signs and collections of bicycles and aircraft. The bicycle collection shows the influence of cycle production on early automobiles.

One more focus of the R. E. Olds Transportation Museum are the Ransom E. Olds's vehicles that were manufactured after he had left Oldsmobile. One of those vehicles is REO Speed Wagon and the Diamond REO.

The museum is open: 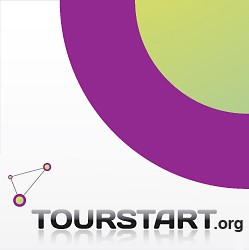