Entitled by MSNBC as one of the best American car museums, the Henry Ford Museum or the Henry Ford Museum of American Innovation and Greenfield Village is a must for a true auto enthusiast. Located in the Detroit suburb of Dearborn, Michigan the museum was designated as National Historic Landmark being housed in the building of the original Ford Motor Company. With the extensive indoor and outdoor display areas, the museum is considered to be the largest museum of cars and memorabilia artifacts in the country. The objects collected here are historic vehicles and auto related items that had been in Ford's focus since 1906.

The museum is not a single building but a huge complex with a number of exhibition areas, homes, machinery, locomotives, aircraft and memorabilia that reflect the Industrial Revolution and peculiarities of automotive production in America.

Below is a vast but not the complete list of some featured exhibits:

a 4K digital projection theater that shows both documentaries and major feature films.

the 1961 Lincoln Continental, SS-100-X that President John F. Kennedy was riding in when he was assassinated.

the rocking chair from Ford's Theatre in which President Abraham Lincoln was sitting when he was shot.

a few of 17th- and 18th-century violins including a Stradivarius.

The bus on which Rosa Parks was arrested for refusing to give up her seat, leading to the Montgomery Bus Boycott.

Fokker Trimotor airplane that flew the first flight over the North Pole.

A steam engine from Cobb's Engine House in England.

In 2012 the Henry Ford Museum commemorated the 100th anniversary of the tragedy of Titanic with the exhibition of artifacts and documentaries related to Titanic's voyage and demise.

Greenfield Village is a section of the Henry Ford complex and is an outdoor living history museum that aims to show the American way of life since the country had been found. It contains many buildings that were built from the 17th century up to nowadays. Many of them have costumed interpreters that demonstrate different crafts such as farming, sewing, cooking and many others. Various functioning means of transportations are displayed in the village as well. Visitors can climb on and take a ride on a Ford Model T, a 1931 Ford Model AA bus, trains pulled by steam locomotives and horse-drawn omnibuses. The area of 240 acres has lots to offer for the whole family. 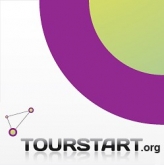